Thermistors work in conjunction with the user potentiometer (boiler setting for temperature), and the Printed Circuit Board (PCB).

A small Direct Current (DC) is sent to the thermistor via the potentiometer, the PCB then knows whether to give more, or less gas to ensure the correct water temperature. This will depend on a small voltage drop due to the change in current.

Thermistors also indicate to come on when the temperature gets too cold (frost protection). The boiler will ignite when the resistance reading drops below a certain level. Thermistors can be used to monitor other things such as anti-scale (pump over-run).

These decrease the resistance proportionally with an increase in temperature. For example 25 degrees C to start at 12,000 Ohms, to 55 degrees C at 4,000 Ohms. As the temperature goes up, resistance comes down.

This is the opposite of an NTC. As the temperature increases proportionally with temperature rise. They are identical to look at as an NTC, they just behave differently.

As the system water increases in temperature, the resistance of the NTC thermistor, decreases, and the potentiometer at the p.c.b then varies the voltage to the modureg on the gas valve, which in turn, modulates the burner accordingly, to match the demand for the heat load.

To Test a Thermistor:

An example of NTC resistance values: 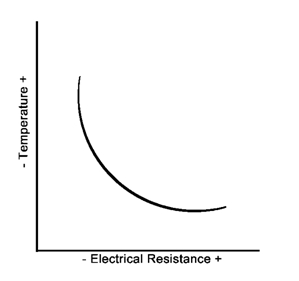 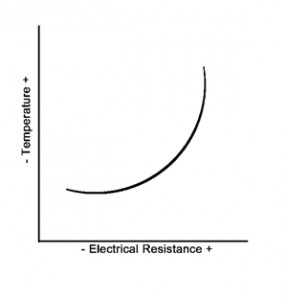 Got the right tools for your trade?

Read a review of the Boiler Fault Finder by Emergency Plumber

"Boiler Fault Finder" results from years of experience as a professional service and repair engineer, demonstrating technical expertise within the industry.

We may earn a small commission for endorsement, recommendation, testimonial, and/or link to any products or services from this website. Your purchase helps support our work in bringing you real information about Boiler and Heating Engineer faults.
© 2020 Boiler FaultFinder | Privacy Policy GDPR
Web and Mobile Application Design by Micro Update in Devon